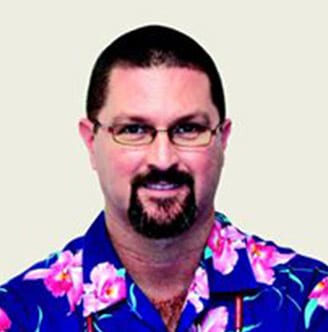 David graduated from the University of Queensland in 1995. He gained wide exposure to General Paediatrics, Neonatology, Clinical Genetics and Metabolic Medicine through training positions in Brisbane, Rockhampton, Melbourne, the United Kingdom and Ireland. Under the supervision of the Royal Australasian College of Physicians, David completed his General Paediatric Training in 2005 and sub-specialty training in 2006. David has an active interest in research and was awarded a Masters of Philosophy from the University of Queensland in 2007.

David’s area of expertise is in the diagnosis and management of children with rare diseases. A rare disease is a clinically serious disorder affecting fewer than 1 in 2000 people. 80% of rare diseases are genetic, with the majority affecting children. David’s extensive training and experience, empathy, professionalism, relaxed nature and sense of humor make him well placed to care for children and their families. David is a passionate rare disease advocate and engages with multiple rare disease support groups. David runs philanthropic Paediatric Outreach Clinics to the Helena Goldie Hospital in the Western Provence of the Solomon Islands.

David is currently involved in multiple research projects aimed at novel disease discovery, improved diagnostic testing and treatments for children with Inherited Genetic Disorders. David is the Academic Lead for Paediatrics for the UnitingCare Clinical School. David is actively involved in the teaching of medical students and paediatric trainees and currently holds academic appointments at The University of Queensland, Griffith University, Bond University, and Queensland University of Technology. David has a part time public appointment at the Queensland Children’s Hospital.

When not working, David enjoys spending time with his family, watching as much sport as possible, and reading comics. He a life-long supporter of the mighty Manly Warringah Sea Eagles.

Unprecedented demand for our general paediatricians

Unprecedented demand for our South East Queensland general paediatricians means that the current wait time for new patients is 12 months.