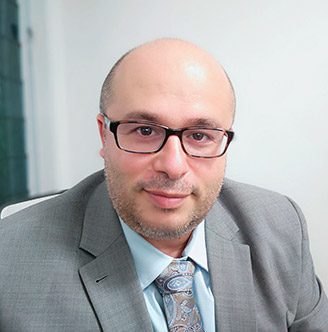 Dr Michalis Yiallourides is an experienced General Paediatrician who has been helping children in all states of health and development in numerous practices across the globe. He is currently based in North Queensland as Senior Staff Specialist in Paediatrics and Child Protection Advisor at Townsville University Hospital.

Dr Michalis began his career working in General Paediatrics in many hospitals and practices in the United Kingdom and in Australia. In 2015, he started working in North Queensland as a Staff Specialist Paediatrician at the Mackay Base Hospital, and for the last four years at Townsville University Hospital. Dr Michalis has a an interest in Developmental and Behavioural Paediatrics as well as the use of Telehealth in developmental and learning assessments in children and young people.

Dr Michalis co-founded North Queensland Attention Different Hyperactivity and Autism Spectrum (NQADHAS), an orgnanisation providing services to regional and rural areas in North Queensland to support children and young people with developmental and learning difficulties. Dr Michalis is a member of the Neurodevelopmental and Behavioural Paediatric Society of Australasia and the Australian ADHD Professionals Association.

Dr Michalis is a senior lecturer at James Cook University and remains involved in research and medical education. He is leading a joint project with Queensland Health and Education Queensland evaluating the use of paediatric video consults at schools with input from teachers and guidance officers.

Dr Michalis is committed to providing excellent care and support to his patients. He always goes above and beyond to ensure that he is improving the lives of both the children he works with and their families.