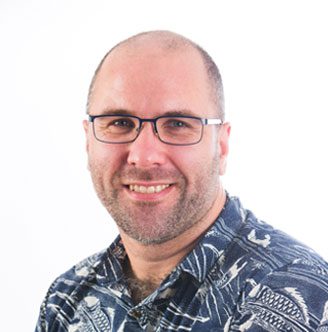 Dr John Down works with children and adolescents with mental, social and emotional problems, offering the best diagnosis and treatment when a complex set of symptoms is presented.

Having graduated with a Bachelor of Science, double major in Biology and Biomedical Science with honours (BSc) from Murdoch University in 2004, Dr Downs went on to complete a Bachelor of Medicine, Bachelor of Surgery (MBBS) at the University of Queensland in 2011, and a Fellowship with the Royal Australian and New Zealand College of Psychiatry (RANZCP) in 2019.

While part of the Paeds in a Pod team, Dr Down is a consultant at the Queensland Children’s Hospital where operates a paediatric neuropsychiatry clinic through the neurology department. He has also spent time practising at The Princess Alexandria Hospital, Brisbane, and the Cairns Hospital.

Dr Down is a Lecturer to basic and advanced Queensland psychiatry registrars and an Associate Lecturer at the University of Western Australia. He has had numerous publications in peer-reviewed journals and has been invited to present at conferences, including the Queensland Child and Adolescent Psychiatry Congress.

He takes great pride in making a difference in the lives of the children and families he sees, and particularly in identifying and treating their unmet psychiatric needs.