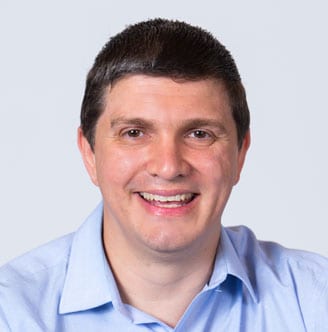 My mission is to provide comprehensive medical care to children and their families using a holistic approach with the most up to date knowledge and expertise. When required, I collaborate with a caring and experienced team of on-site allied health professionals. I work full-time at Paeds in a Pod allowing me to provide urgent support for my patients with review appointments when required. I provide long term care for children and their families from birth to leaving school.

Dr Chris Toumpas is a founding director of Paeds in a Pod which now has several clinics and a large group of paediatricians and other specialists and allied health professionals. Dr Toumpas is also the Head of the Paediatrics Department at Greenslopes Private Hospital. He works in private practice full-time at Paeds in a Pod at Woolloongabba and at Greenslopes Private Hospital. He is regularly on call for the Greenslopes Maternity service to care for newborn babies since establishing the service in early 2013.

Dr Toumpas has been described as an attentive and caring paediatrician from both his colleagues and patients alike and covers all facets of paediatrics from newborn babies up to school leaver age.

Working full-time in private practice allows Dr Toumpas to make himself available to his patients requiring urgent appointments. He is available for new patients and urgent referrals can be booked quickly when required.

Dr Toumpas also participates in medical education for general practitioners, training doctors, nurses and medical students. He has completed research in medical education, newborn hearing and congenital cytomegalovirus infections and has two publications in medical journals and in 2016, he won an award for a presentation at an international paediatric conference in the USA.

Expertise and areas of interest:

Dr Toumpas places continuity of care for his patients as paramount and instrumental to his approach to medical practice. He believes that long term patient relationships enables a strong engagement and grasp on the whole family aspect to then develop his patients’ own personal growth and enrichment of their lives. Dr Toumpas has found that this in turn helps build on his own professional development and patient rapport.

Outside of work, Dr Toumpas enjoys spending time with his family including three young children. He also enjoys photography and squash.