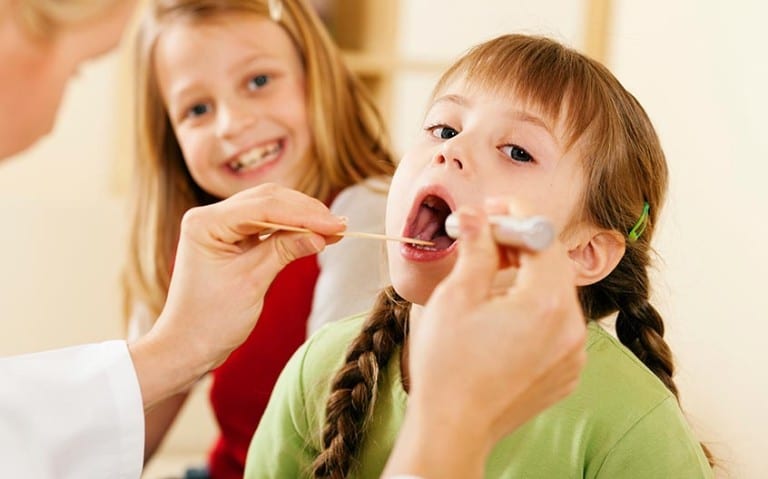 Coughing is very common in children. What are the common causes of coughing? Does your child need to see a doctor? When do antibiotics help?

Viruses are a common cause of coughing in children. They typically cause coughing which can last for three to four weeks which is long after the other symptoms resolve, such as runny or blocked nose, sore throat or fevers. Unfortunately, antibiotics do not help viral infections. Research shows that children in Australia can have about nine viral infections in 12 months. This is increased by about three if they attend child care. Children can therefore appear to be constantly sick or the cough seems to keep coming back. Rest and fluids and simple analgesia such as paracetamol are the best treatment.

Asthma can cause a cough, but it also has other symptoms such as wheezing, fast breathing or tightness in the chest. Asthma is usually seen in children over the age of one. Doctors look for other signs such as the muscles around the rib cage while the child breaths. Asthma can be caused by a viral infection, exercise, cold air or other triggers in the environment. Asthma is often diagnosed in young children if they have repeated events of coughing and wheezing that improves when medicine such as Ventolin is used. Other medications called preventers are used when asthma is frequent or severe. It is always important to see a doctor if these symptoms develop as asthma can be severe.

Bronchiolitis can cause coughing, wheezing and fast, hard or noisy breathing. It occurs in babies under the age of one and is caused by a virus infection, so antibiotics do not help. It usually starts with a runny or congested nose, but gets worse over the next two to three days. It then improves over the next week. The cough can last up to one month. This can cause babies to have poor feeding, which may require shorter more frequent feeds. Babies that are lethargic or not feeding would need to go to hospital for treatment such as fluids or possibly oxygen.

Pneumonia is an infection in the lungs. It can cause coughing in children of all aged. Other symptoms include fever, difficulty breathing and lethargy. Causes include viruses and bacteria. Treatment depends on how severe the pneumonia is. This may include oral antibiotics, fluids and rest at home. More severe pneumonia may require a hospital admission for intravenous antibiotics and fluids. Children with pneumonia start to improve in a couple of days and recover in about one week.

Croup causes a harsh, barking cough in children. It usually occurs in children under the age of five and is caused by certain types of viral infections affecting the throat, voice box and wind pipe. It causes a loud noise on breathing in, this is called a stridor. The cough and stridor are worse at night and symptoms usually last about three days. Crying makes the symptoms worse. It is important to make sure children with croup have enough fluids. Liquid steroids are sometimes used to reduce the inflammation in the voice box and reduce the symptoms until the viral infection resolves. Croup may need hospital treatment if the breathing symptoms are severe.

Whooping cough can occur at all ages. It is caused by a bacteria (pertussis) and is very important as it can cause brain damage and death in young infants, especially under six months old. Symptoms start with a cough and runny nose, but then develop into fits of coughing (paroxysms) with vomiting after about one week. Older children and adults may just have a milder, but persistent cough. They may not even know they have whooping cough. It is very important to have the whooping cough vaccine, especially for all children, pregnant women and if you are around children.

There are many other causes of coughing in children including anatomical problems in the airways, allergies or genetic problems. Poor weight gain or constant diarrhoea may indicate a different problem which requires medical assessment. A sudden onset of coughing may be caused by an accidentally inhaled object (foreign body). Sometimes, a prolonged cough may require antibiotics. Cough medicines are usually not helpful in children. In fact, there is some evidence that they may be harmful. If you are worried about your child’s cough, then please see your doctor. Call 000 if your child is unwell and requires urgent medical care.